NARHC is pleased to report that Medicare reimbursement for RHCs will undergo a massive overhaul as part of the year-end COVID-19 relief and appropriations package passed by Congress. Notably, the RHC cap will be raised to $100 on April 1, 2020 and then the cap will gradually rise each year to $190 in 2028.
“Raising the cap has been the legislative priority of NARHC for over a decade,” said Bill Finerfrock, Executive Director of NARHC “we are ecstatic to see that Congress has opted to raise the cap for RHCs in this legislation.”

Senator Chuck Grassley (R-IA), Chair of the Senate Finance Committee, played an instrumental role at getting the RHC modernization language into the final package. “I can confidently say without Senator Grassley’s leadership, this would not have gotten done.” Finerfrock said. All newly established RHCs would now also be subject to this increased cap, which means that no new RHC (even those purchased or established by hospitals with less than 50 beds) could receive uncapped cost-based reimbursement. Uncapped RHCs in existence today would be grandfathered-inat their current All-Inclusive Rate and would still see year-over-year increases but would be constrained to their current AIR plus an adjustment for MEI (the Medicare Economic Index). Notably, the changes ensure that no RHC sees a reduction in Medicare reimbursement. “When the President’s Budget included a proposal that put all RHCs on a single PPS rate, we were concerned that many provider-based RHCs would see massive declines in their Medicare reimbursement.” Finerfrock said. “That is why we strongly advocated for a grandfathering provision to ensure that RHCs did not see any year-over-year declines in their Medicare reimbursement.”

As the disparity between the RHC cap and the average uncapped all-inclusive rate grew, the RHC program was coming under increasing scrutiny in Washington D.C.
“The goal was to protect the business model of our current RHCs, while simultaneously creating a level playing field for all RHCs going forward,” explains Nathan Baugh, Director of Government Affairs for NARHC “this reimbursement policy puts the entire program on a sustainable path and averts cuts to our RHCs.”
NARHC had been working for years to craft a solution that was both budget neutral and fair for all RHCs. This is a gamechanger for all rural health clinics and for rural underserved communities across the country. NARHC wants to thank everyone who stepped up to advocate over the past decade-plus for RHCs! Victories like this only happen when we have grassroots support from the RHC community itself!

In addition to the RHC Modernization Act, there is another section that will allow RHCs to bill for hospice attending physician services. There is also expected to be additional provider relief fund money for rural providers as well as COVID-19 testing money which RHCs will be eligible for. The final votes on the $2.3 trillion package should occur later today. NARHC will have further updates on this package in the days and weeks to come. 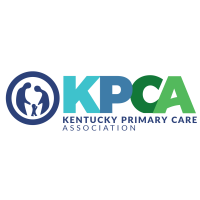